Another not-so-Canberra day. It was a bit of touch and go today actually, a bit of a struggle mood wise and energy wise. Today was an ACT public holiday so we’d gone away to NSW where it wasn’t a public holiday, and that plan went pretty well. There’d been a lot of people about on Sunday but it was quiet today. So quiet that the kitchen at the hotel was closed for breakfast, but there was a nice cafe up the road surprisingly so all good; it’s a pretty small town so we weren’t sure what to expect. This was all after I got up, which took several attempts. I’d set my alarm to 7am so I could go birding early while hubby was out on a bike ride. I managed to sit up and go through a bunch of local birding websites and pick out where I wanted to go before slumber forced my eyes shut. I lay down at 8am thinking I’d have another hour til hubby got back, but he got back early; good for him, a struggle for me to get my wits together and uncross my eyes and heave myself up out of bed!

So, no birding. I’d feel disappointed if I could convince myself that I would have actually gone. But I know that really, I liked the idea but wasn’t up for the reality. It was more of a sit-in-the-passenger-seat-and-admire-the-scenery type day. Which is more or less how it went, with the occasional magnificent sandstone cliff and huge Fitzroy waterfall thrown in for some tourist appeal! We drove out of Shoalhaven Heads through the cute tourist town of Berry, drove up and down Berry Mountain with beautiful rainforest scenery and steep roads at the top, and lush farmlands at the bottom.We stopped in Goulburn for lunch, admiring the old fashioned shop fronts and enjoying a nice cafe across from a brilliant display of tulips in the park. Then a quick stop to look out over Lake George, but it was chilly so back in the car for a nap on the way home, then back home for another nap and wait for the day to end. Hopefully a more energetic and inspired day tomorrow!

Of course my inclination is to go through the whys and wherefores, but I’m not sure that I’d get anywhere today. Could I have taken my tablets earlier and not been so hungover? Yes. Could I have gone to bed earlier and been less tired? Yes. Did having a fight with hubby last night drain my energy? Possibly. All probable cause and effect, but I can’t prove for sure what wore me out so its better to move on. I’ll aim to take my tabs and get to bed earlier, and sort out arguments earlier in the day. Good luck with that, me! 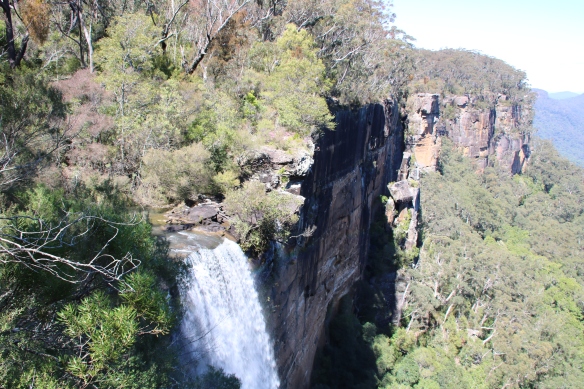