I have to say that in all the years I’ve been alive, I’ve never put some much attention towards the world around me, particularly nature, until this year. I’ve always loved nature, but I guess I didn’t have the time, or the attention before. I’ve spent a LOT of my life rushing and I regret that; so now I’m trying to deliberately slow down and enjoy what I have.

This year, I’ve had the time. I haven’t had much energetic time, much enthusiastic time, much motivated time but what I’ve had I’ve used, pretty well I think. Bird watching and photography are almost the only things that will get me excited on a down day – that’s a pretty powerful thing!

Taking notice has led to a weird phenomenon of me finding new things around me that were always there, but I wasn’t looking. I’m so glad that now I’m looking because the reward is great!

Here’s a series that has given me great pleasure this spring – enjoy! 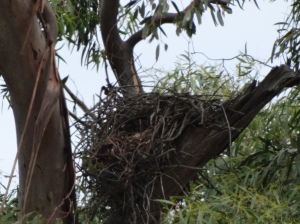 This was found deep in the thickets around Blond Bay game reserve so it must have been made by birds, but its so neat! Also looks a bit off kilter!

Welcome Swallow building up a new nest, although why they don’t use the other one is baffling 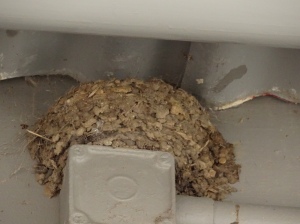 The first nest which looks fine from the outside, but they’ve moved on to build a new one 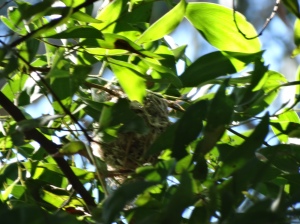 I can’t remember what kind of bird I saw coming out of here – either a Magpie, a Pied Currawong or a Little Raven. It flew straight at me as I was trying to get a photo, which distracted me a little! Not deliberately I think 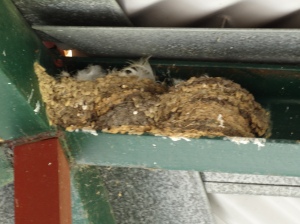 I think this is a Magpie nest – although I wasn’t swooped, the Magpie was chattering away

This is the first time I’ve seen a Magpie-Lark nest. I was looking at it when they flew back…one onto the nest and one surveying from nearby

This is a fun one, well to me anyways! So far I’ve gotten relatively close to a Magpie nest on three occasions and never been swooped. Maybe its beginners luck…I’ve been swooped by Noisy Miners, pigeons, Welcome Swallows, Magpie-Larks and Willy Wagtails so maybe the Magpies took pity on me!

Poor quality to boot, but if you peer through the sticks to the far tree, you can see one of the Magpie pair standing watch over the goings on